The History Of A Family, Of A Dream, Of Passion

A dream which has been going on for over 50 years.

The history of Bravo is the story of a man whose passion and obstinacy made a dream come true. The founder, Genesio Bravo, was born in 1939 in a small Italian farm village in the province of Vicenza, where he passes his childhood and youth. Those times during the war and after the war are very difficult, but they also provide desire to bounce back.
Genesio Bravo had a dream since he was young: to build something new with his own hands. It is only after a long working career in several important engineering companies in Vicenza that he decides to go it his own. Thanks to a friend's suggestion he chooses the road of gelato machines.

Following the tradition of those years, the multi-machine system, Genesio begins producing pasteurizers and batch freezers. But this does not satisfy him, while he continues to study how to improve the system, he has this question:why can't the mixture be pasteurized and batch frozen in just one machine, thus saving time, energy and space?

This is the start of the revolution: in 1974 Genesio deposits the first of a long series of patents: Trittico, the first and only complete laboratory enclosed in just one machine, which in less than one square metre pasteurizes and batch freezes high quality artisan gelato. A patent which radically changes the way of thinking the artisan gelato workshop.
With Trittico a new way of making gelato has begun: the Trittico method, the new Bravo adventure, one machine, inimitable, which is the most copied machine in the world today.
But Genesio does not stop there as his machine is his creature which must progress and always be updated. And so through the years new ideas come about, new expedients making work easier, new generations of machinery are invented, until the current Duo Series.
Trittico today is no longer a gelato making machine, but a true gelato, pastry and catering laboratory which with complex software and advanced technology is able to control many types of processes automatically, at the same time respecting tradition and the creativity of the professional.

The company continues to grow thanks to the continuity of the new generation: Giuseppe Bravo the managing director of the company and Stefano Bravo the engineer in charge of the research and development department.
The company grows a lot and started to open many branches worldwide: Bravo France in Paris, Bravo Asia in Singapore, Bravo North America in Charlotte, Bravo Deutschland in Munich and Bravo Middle East in Dubai. 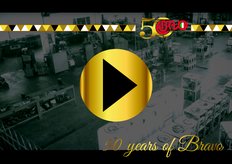 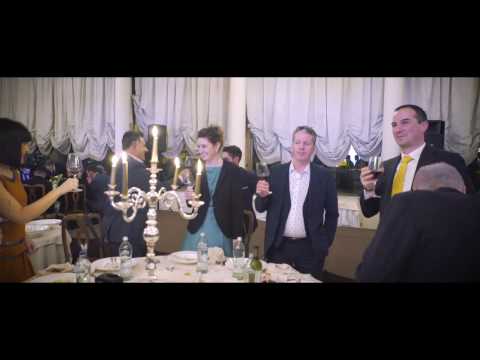